You are here: Home › Blog › New Zealand Property Market in 2022 will be Volatile, there will be Winners and there will be Losers
By Shane Allen on January 15, 2022 in Blog

As we move into the early stages of a new year, we will be posting a series of blogs on where we are at currently and where we are headed in what we see as an intense year for the NZ Property Market. 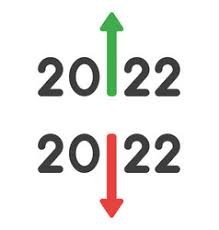 As for those who know and follow us, we don’t beat around the bush and mince words, we are not like your average bank economist who is ‘briefed’ on what to report just to keep their clients happy. We do all the groundwork and like to pick trends early to be ahead of the game as this is where you will make the big financial gains in property investing.

The scary thing about the last 2 – 3 years where prices have risen at record levels is, we have never seen anything like this before at this level with the large volumes of money involved and can only describe the huge increases as out of this world and Insane.

Another scary point which is very important is the fact the last recession the entire world including NZ experienced was the GFC which happened in 2008, so for someone who is 30 years old they were only 16 back in 2008, or a 40-year-old would have been 26. 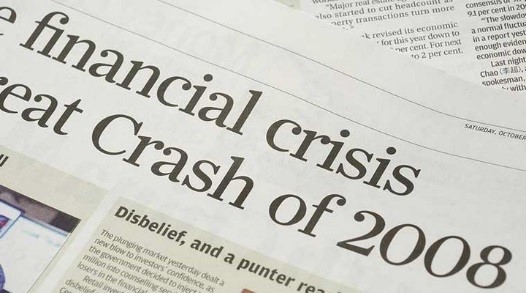 What we are saying here is there is a whole generation who can’t recall what happened in the GFC and basically have only ever known asset prices to rise.

They don’t know about asset price deflation, and what is very worrying is some ONLY think prices go UP and never go DOWN. We have seen this many times before in previous cycles and what we know for certain is this strategy ALWAYS FAILS.

In this blog we talked about dangerous signals on the horizon which we could see having a big impact on the current booming market. Not many had heard of these ‘signals’ and when we posted this blog online it obviously came as a shock to some, we got flamed in the comments section. These people who aggressively rejected our opinion are the ones that only think the market goes to infinity and beyond with no end in sight and how dare we challenge their fantasy theory.

Unfortunately, this group of people who are in denial possibly should have taken note of what has been happening and how the market has already had a “Major turning point” which is now currently impacting a lot of property owners. This group will be amongst many who are now finding themselves in an increasingly tight financially position.

Let’s explain this further and recap on two of the major signals we pointed out in our 2021 blog;

Inflation is here and is causing nightmare headaches for many Governments and economies across the Globe, this is what we said in May 2021:

The cherry on the top of this gigantic inflation cocktail is the billions & trillions in Quantitative easing stimulus (printed money) Governments across the world have been pumping into the system. Creating truckloads of new money out of thin air.”

This is like throwing petrol on an already roaring bonfire!

“Be prepared to start hearing more and more about inflation and there is an increasing possibility we could see hyperinflation or even worse stagflation moving forward.”

As you can see from the diagram below New Zealand has dangerously high inflation currently running at 4th in the world which and reflects our high property prices. This inflation is in its early stages and as we stated above could develop into hyperinflation, stagflation or even deflation all of which are bad news for any country and a headache for Governments to try and control.

There is only really one way to control inflation:

Raising Interest rates this is what we said in May 2021:

“There is only one way for Governments to control inflation and that is by raising interest rates. They will be hesitant to do this as this will create major downward pressure on the housing market & stock market, but the reality is that world Governments are swimming in debt and are out of any viable ammunition with their backs against the wall with little or no options left.”

“The dilemma Governments are facing is the more inflation takes off and increases, the more pressure they will be under to increase interest rates.” 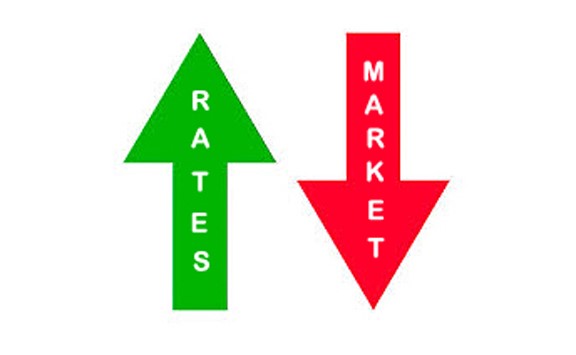 We wrote a follow-up Blog in June 2021 warning of these impending interest rate rises and how to avoid becoming trapped with rising rates, this blog was titled:

“Watch out for this interest rate trap – happening right now!”

In this blog we cautioned property owners of the dangers of being lured into the ‘cheapest’ 1-year fixed rate in a rising rate environment. We said:

“Right now there are things that are happening behind the scenes which should ring alarm bells for some, we call it the “Interest Rate Trap” and many won’t realise what has been happening unless they have a finger on the pulse with interest rate movements.”

Many again ignored this and were transfixed into thinking interest rates will stay low for ever and eternity and were eagerly happy to lock into the cheap 1-year fixed rate. They smoked us again in the comments section as being party poopers.

“The Banks are enticing people to lock in the low 1-year rate while behind the scenes the longer-term fixed rates are rising. At some stage the 1-year rate will start to rise especially with the rising inflation, and it is at this point everyone who has a 1-year fixed mortgage will look at their options to fix longer while interest rates are low.”

It is then they realize it’s TOO LATE as longer-term rates have already moved up.”

With 77% of New Zealand’s Mortgage debt currently fixed for 12 months or less this is an increasingly dangerous situation for some borrowers! 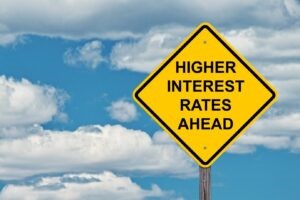 With the 1-year rate moving up from the record low of 2.19% in the middle of 2021 to now be at 3.65% this makes a considerable difference to mortgage repayments.

Now if the same borrower wants to fix for another 1-year fixed term at 3.65% their interest repayments will have increased to $36,500 annually or $3,041 per month.

A staggering increase of $1,216 a month of extra interest repayment the borrower must find.

Do you get what is happening here? it’s not rocket science. With the increasing inflationary pressures which Governments can only fight by increasing interest rates. If you have a mortgage you must ask yourself can I afford this increase and what if rates rise another 1.5% in the next six months? 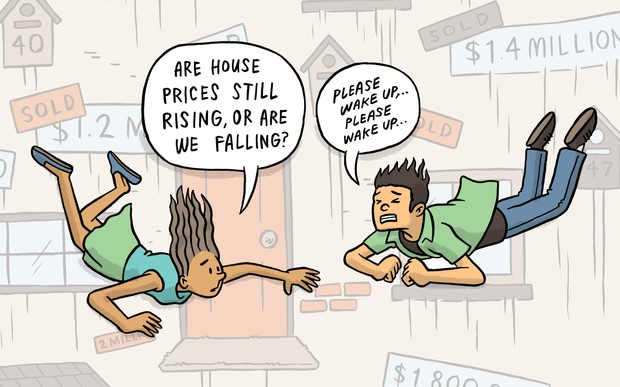 This will put the 1-year interest mortgage rate over 5% which is still historically very low but with the large volumes of money that people have been borrowing to buy real estate in the last 2 – 3 years could well spell the end of the road for those that now can’t afford to service the loan.

IF rates went to 5% for the 1 year fixed rate their repayments on a 1-million-dollar loan will now be:

As you will have seen from the calls we made in May & June 2021 we don’t mind putting our necks on the line and going against the grain, we tell it as we see it and ALL that we predicted mid-year has come to fruition and is playing out right now six months later. There of course are the nay Sayers and deniers that cast us aside as they don’t want the fairy-tale to end. But it is the minority who listened that we admire and are now positioned well for any increasing squeeze that the economic landscape will throw at us in 2022.

An example of how we help our investor clients is where we advised them early on to spread their loans and they locked in fantastic long-term rates of 2.99% for a 5-year fixed period in March & April 2021, a 5 year loan that is now well below the 1 year rate which we are picking to hit and go over 4% in early 2022. 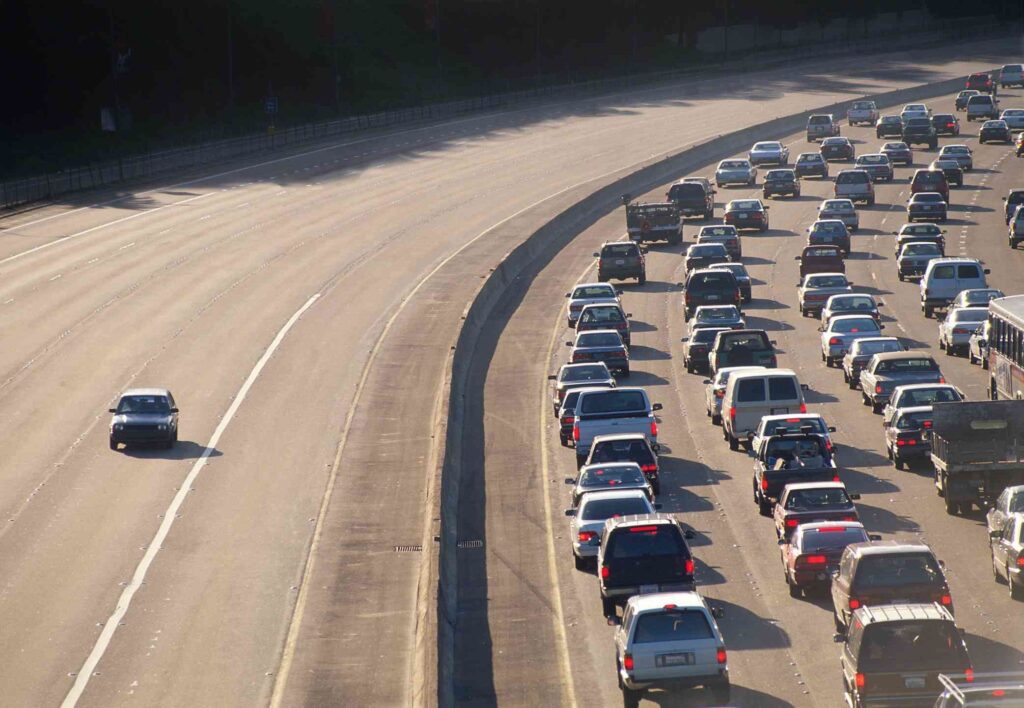 This Blog is only a recap of what’s been happening in the last six months up to the present, we will be delivering more blogs giving our views on what lies ahead and as our heading states we are picking a Volatile market. Inflation is here to stay and there is the chance it could increase substantially which will cause all sorts of economic problems for not only NZ but worldwide. Of course, what coincides with this is more interest rises and how Governments will juggle this predicament.

There is a whole lot happening right now globally that will have huge influences on the New Zealand property market, some of these are:

These are just a few of the issues we see on the horizon in 2022 and beyond, some of these are already in full play right now and others will appear as we move further into the year. As we have said we like to be ahead of the game and have a general idea of what’s in front of us as this will give us a HUGE advantage on taking steps to minimise any exposure we might have to a changing market and also to take advantage of any profit taking opportunities that arise and we know there will be many of these in 2022.

Look out for our upcoming blogs and we wish you a prosperous year in property as we move through a Volatile 2022.

If you would like to meet with or talk with Shane or Clint to discuss your current real estate situation or in-depth analysis of navigating through 2022 or how you can position yourself to take advantage of the many opportunities we foresee you can reach out to us by email here.

Are There Any Good Buying Opportunities in the Current Market?
Rising Building Costs, Tighter lending, Oversupply & Kiwi Exodus – Will It Create The Perfect Storm?